Something for all tastes and audiences. That is how you could describe Secuoya Studios’ most eagerly awaited releases for 2023: international productions, with renowned actors and first-class technical crews. Here are the releases you simply cannot miss.

Series, feature-length films, documentaries, docuseries... Nothing has been left out of the catalogue of productions that Secuoya is offering for the upcoming season.

Headlining Secuoya Studios’ releases for 2023 is 'Montecristo', a series that reworks the Dumas classic, setting it in the world of Madrid’s rich and decadent upper class. A mysterious technological magnate appears among the business and financial elite to turn everything on its head. 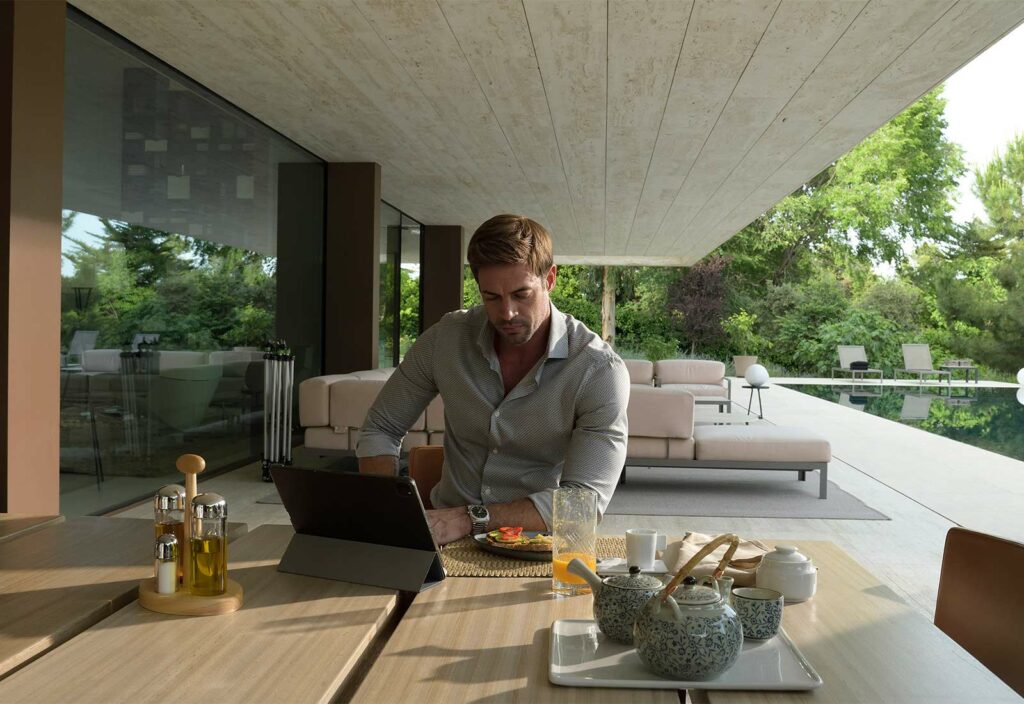 This new adaptation of the classic promises an update of the legend that addresses the concerns of our time without sacrificing any of the adventure, romance and dilemmas of its predecessors. Directed by Javier Quintas, Miguel Ángel Vivas and José Luis Alegría, added to the outstanding performance of Miguel Bernadeau and Renata Notni in ‘Zorro’ is the fantastic work of the rest of the cast, notably including Dalia Xiuhcoatl, Emiliano Zurita, Andrés Almeida, Elia Galera, Francisco Reyes, Chacha Huang, Joel Bosqued and Peter Vives, among others. A reinvented, much-loved classic that needs little by way of an introduction. Not to be missed! 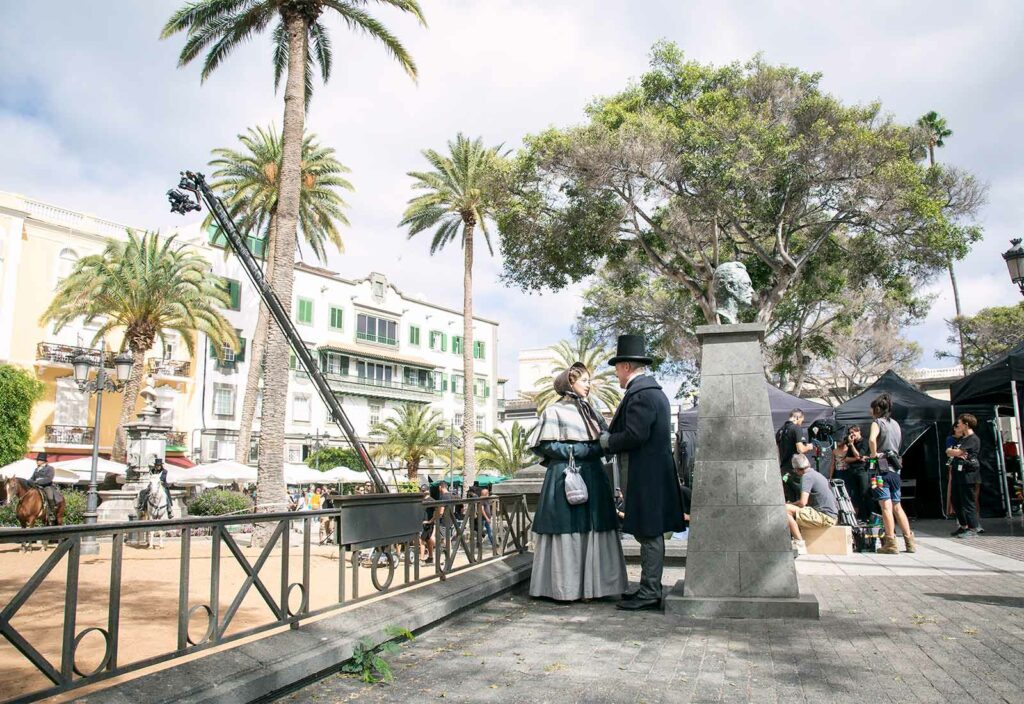 Although its release date is 28 December 2022, ‘Todos lo hacen’ will undoubtedly be one of Secuoya Studios biggest successes of 2023. This comedy of suspense enjoys an all-star cast and a plot to match: three couples and a widow receive an invitation to spend a weekend in the hotel where they got married, only to find out they are the victims of blackmail. This is one of Secuoya Studios’ most eagerly awaited releases of the year.

Álamo Producciones has enjoyed the talents of Kira Miró, Salva Reina, Pablo Carbonell and Macarena López among others. With Hugo Martín Cuervo in the director’s chair, the laughs and entertainment are guaranteed.

‘Supernormal’ fans have reason to celebrate. The most popular comedy screened on Movistar + for 2021 will see the release of its second season next January 2023.

With Vicente Villanueva in the director’s chair for this second instalment, ‘Supernormal 2’ once again stars Miren Ibarguren and Diego Martín in its leading roles. Added to the last series regulars, like Peter Vives (Mauro) and Gracias Olayo (Marisol), are new faces, such as Alexandra Jiménez (Pitu), and Álex Barahona, (Rubén). 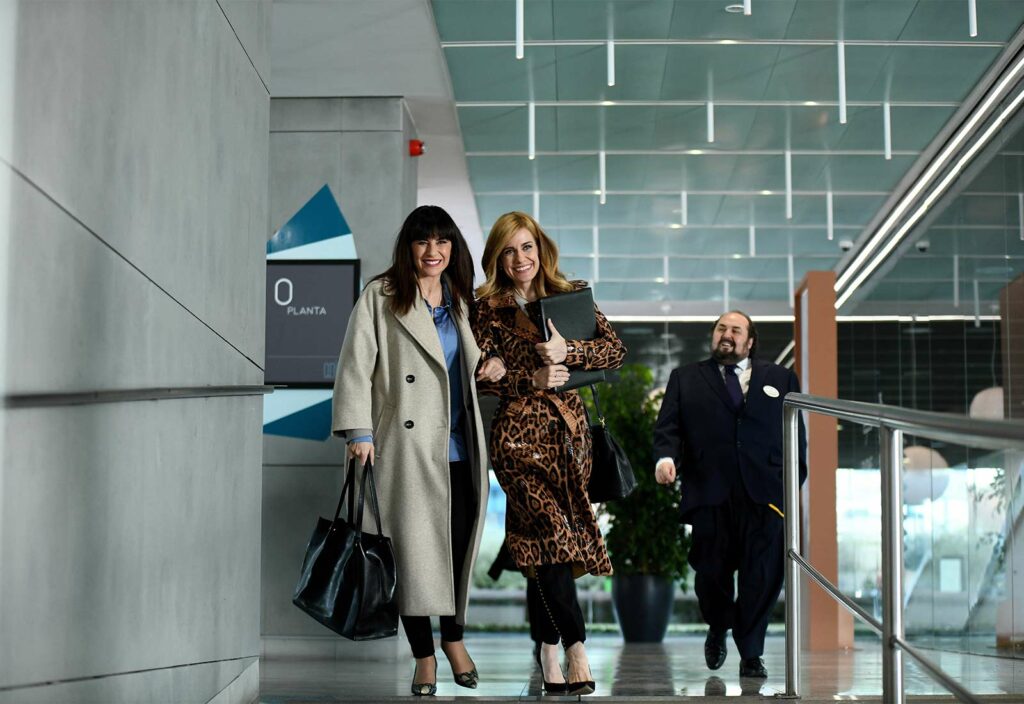 For this second season, Patricia has given up on her aspirations, so she can be mum to a small baby… Or at least that’s what it looks like. But don’t worry, it won’t be long before things are thrown into disarray.

Kira Miró, Salva Reina, Antonio Pagudo and Eva Ugarte give life to the protagonists of this production from Álamo Producciones, a directorial debut for Carolina Bassecourt and written by Marta Buchaca.

What happens to a couple who are both established doctors when they are told that one of them is sick and does not have long left to live? This is the premise through which director Carolina Bassecourt in ‘Cuanto me queda’ explores family relations. Undoubtedly one of the most anticipated Secuoya Studios releases for 2023. 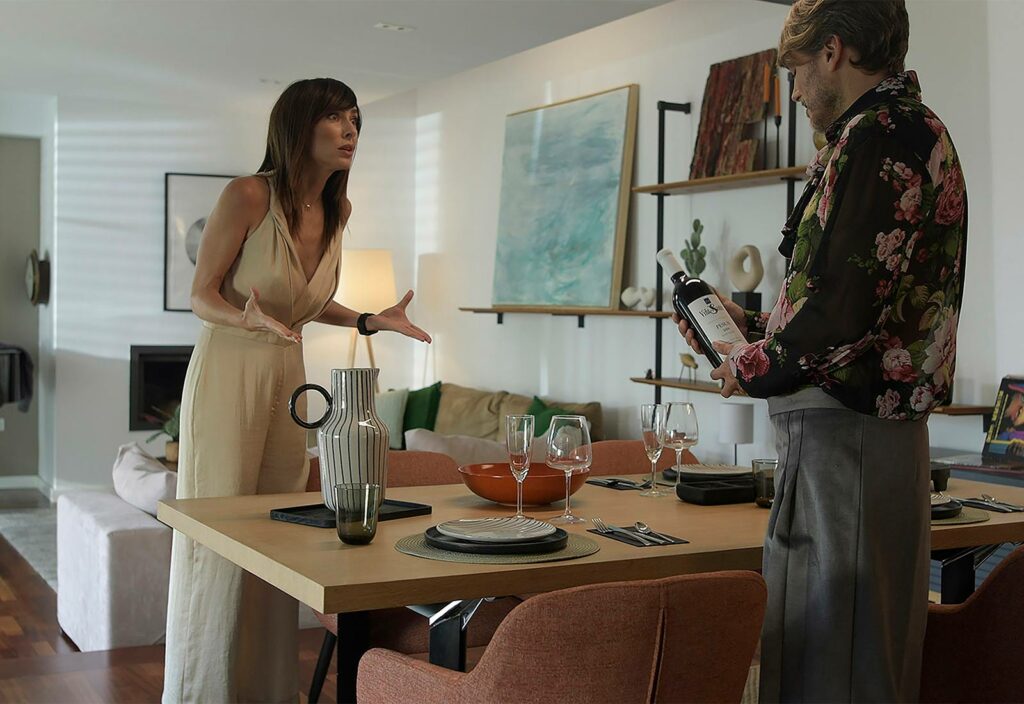 Curro Sánchez Varela pays homage to Madrid in this feature-length documentary as part of Secuoya Studios’ 2023 release line-up. Following his Goya Award for ‘Paco de Lucía: La búsqueda’, in this documentary the director brings together a number of intriguing faces, both known and unknown. But they all have something in common: their drive to make it in one of Europe’s most beautiful capital cities. A beauty that sometimes conceals an underlying hostility.

'Voces de una ciudad' has picked up a number of different awards in all kinds of festivals. For example, a Gold Star in the TV Travel Magazine International category, at the 22nd Golden City Gate International Tourism Film and Multimedia competition.

Actress, writer and activist Mabel Lozano shows us the darkest side of the world of pornography in 'PornoXplotación'. Or, rather, its two sides. This documentary series exposes the exploitation and extortion suffered by the victims of pornography, but also the effects it has on those who consume it.

This is a shockingly honest documentary which dramatizes events to protect the victims’ identity. Based on Mabel Lozano’s book of the same name, written in collaboration with the National Police officer Pablo J. Conellie, the series is an insightful enquiry into this murky world.

How does the world of motor racing address today’s most pressing challenges facing society? This Secuoya Studios documentary, which enjoys the collaboration of Carlos Sainz, looks at a lesser known facet of this sector. ‘Race In’ reveals how issues like inclusion or care for the environment form part of the concerns of the professionals behind the wheel. They tell us directly of the difficulties they face and the different initiatives they have set up.

On 20th August 2008 the world was shocked by the deadliest air crash of the last three decades. One of Secuoya Studios’ releases for 2023 is 'Flight JK5022. The Tragedy of Spanair'. Recounted through testimonies from the victims themselves and those affected, this is an exhaustive study of all the mistakes that were made before, during and after the accident.

‘Isaac et Nora’ is a documentary series that follows the first tour of siblings Isaac & Nora, who have become a viral phenomenon from their living room.

After their success on the networks, the brother and sister, who performed some of the most iconic songs of Latin American culture, giving them a fresh new meaning, go on their first tour of Chile, Peru, Colombia and México. Join them on their journey to witness and understand this phenomenon.

So, there are more than a few Secuoya Studios releases for 2023. You’ll find series, films, docuseries, fiction, reality shows and a range of themes for all the family to enjoy. Put them in your diary because you won’t want to miss what everyone else is talking about.