The studio presented 'Montecristo', the first super production, together with William Levy, its star and executive producer

Two years after launch and after a 2022 full of shootings in all its content areas, Secuoya Studios, the film, fiction and unscripted content firm—a leading name in the Spanish-speaking market—will land at Content Americas, the first major conference and marketplace of the year. This international event will take place at the Hilton Miami Downtown on 24 to 26 January 2023.

Secuoya Studios will make its official debut in the US market to presents its Spanish-language fiction series, docuseries and features, entertainment formats and films produced in 2022 and its wide-ranging portfolio of future projects in all production areas. During the event, attended by more than 250 guests and much awaited among key film & TV industry players (TelevisaUnivision, Amazon, Telemundo, ViX+, Apple, HBO, Caracol, RCN) and trade media, the studio presented 'Montecristo', its first blockbuster production, with an appearance by the star and executive producer of the show, William Levy. The unveiling also featured teasers and trailers from the studio’s docuseries and from its films produced in partnership with Álamo Producciones Audiovisuales.

“Secuoya Studios, the leading content production firm in the Spanish-speaking market, presents to the leading players in the international industry a wide-ranging catalogue of quality content capable of drawing a global audience. The studio also debuts in the US market with an extensive portfolio of future projects—Spanish-language fiction series, docuseries, feature documentaries and entertainment formats, as well as distinctive, innovative, edgy and disruptive film projects, unmistakably reflecting the talent that this company has brought together since its founding in 2021,” said Raúl Berdonés, the chair of Grupo Secuoya.

Series, docuseries and movies to attract a global audience

Secuoya Studios travels to the United States with a complete presentation catalogue produced throughout 2022, which includes the studio's two big fiction IPs: 'Montecristo' and 'Zorro'. In addition, the firm presents the youth adventure series 'Campamento Newton' and the comedy 'Supernormal', a Movistar Plus+ original co-produced with Secuoya. 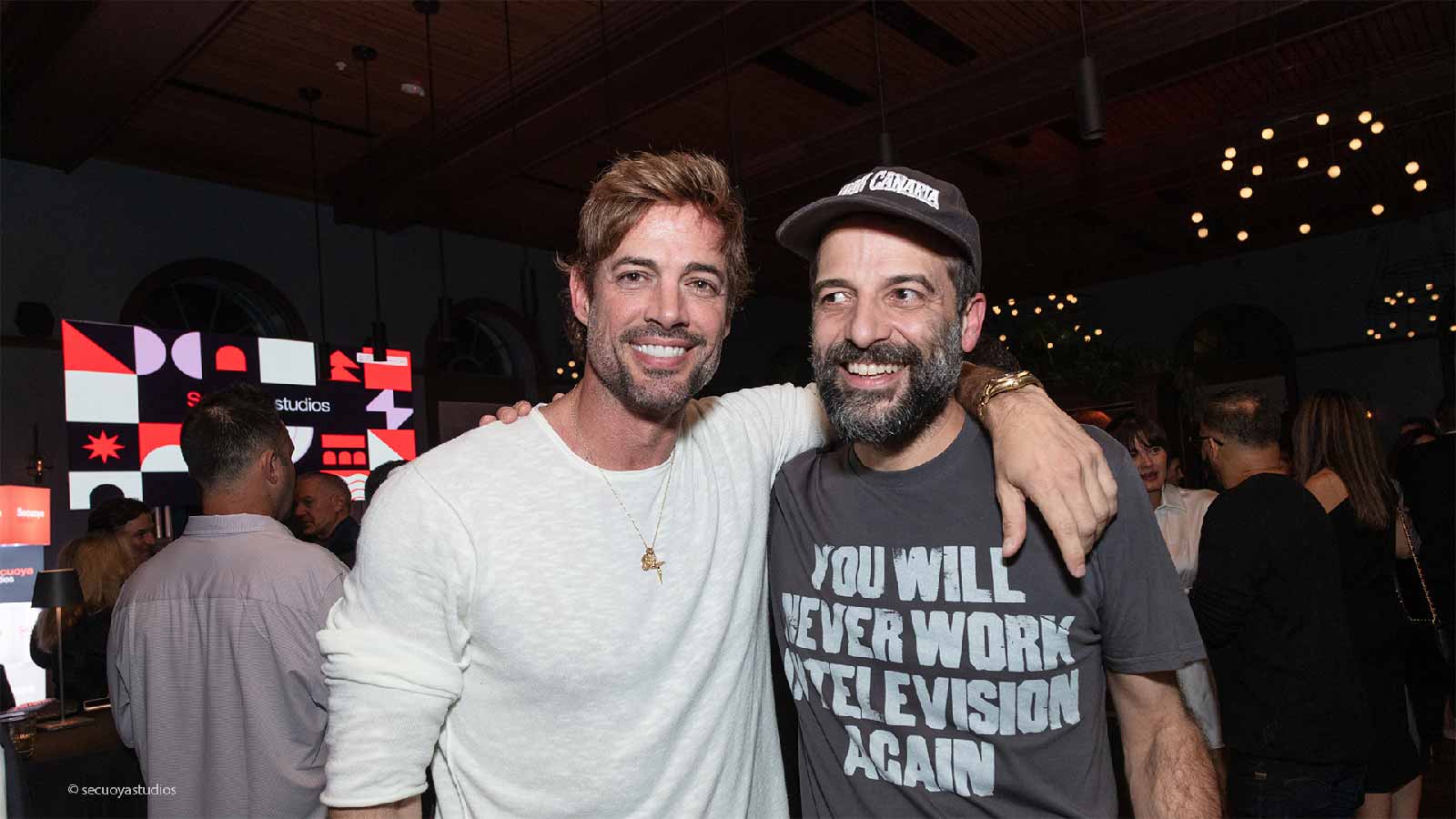 In the fiction series segment, the studio has unveiled the development of several original stories: the miniseries 'Crudo', the first project arising from the recent alliance with Caracol TV; '<Hola, Mundo>', an eight-episode co-production with Weekend Studio; and the romantic drama 'Efímero'.

Earlier announcements include 'La Isla', an eight-episode thriller set on Easter Island; 'Los 39', a historical series about the 39 Spanish colonists that Christopher Columbus left on the island of Hispaniola; the adaptation of the literary hit 'Terra Alta', a detective novel by Javier Cercas, winner of the prestigious Premio Planeta, and 'La mala leche', a television version of the comic book by Henar Álvarez. The Fiction series pipeline is completed with the studio's second youth series, 'Alex quiere morir', among other productions.

In unscripted content—a genre that was warmly received by SVOD users during the pandemic and is now highly sought-after by streaming platforms—the studio is developing exciting new documentaries, both in feature-length and series formats. The wide diversity of topics addressed by the studio in 2022 includes two series directed by Goya award winner Curro Sánchez Varela: 'Voces de una ciudad', a tour of the city of Madrid through both famous and anonymous residents, and a series on La Moncloa, a co-production with The Pool. In addition, the company produced 'PornoXplotación', a bold and courageous documentary on the harm done by the porn industry on both sides of the screen directed by Mabel Lozano.

Recently, new docuseries were added to the portfolio: 'Race In', an exclusive story narrated by Carlos Sainz, two-time World Rally Champion, about the major challenges faced by motorsport today (sustainability, gender equality and social responsibility); 'Proximity: Flying centimeters from death', the incredible story of Alex Villar, who almost died while engaging in his passion—BASE jumping, the world’s most hazardous extreme sport; ‘Vuelo JK5022: Spanair’s tragedy', an exhaustive three-episode investigation into air safety in Spain and around the world; and 'Isaac y Nora: journey to the heart of Latin music', the journey across Latin America of two French siblings, 14 and 10 years old, who have become a global phenomenon.

Secuoya Studios also travels to Content Americas with its most recent film shootings: 'Cuánto me queda' and 'Invasión', two film adaptations of plays by Marta Buchaca and Guillem Clua, produced by Álamo Producciones Audiovisuales, an independent film studio helmed by Eduardo Campoy with which Secuoya has partnered for several signature film projects.

In the coming months, the studio will also embark on new film projects: ‘La Bandera’, the third film directed by Hugo Martín Cuervo for Álamo Producciones Audiovisuales, based on a comedy drama by Guillem Clua that won the Premio Nacional de Literatura Dramática 2020; and ‘Solos’, the film version of a novel by Paloma Bravo.

Recently, the studio has reached alliances with prominent partners such as Telemundo Global Studios, Caracol TV, Colombia's RCN, Sony Pictures and Ay Yapim. These strategic deals will take shape in the coming months. In addition, Secuoya is committed to co-producing content with production companies such as Dopamine, William Levy Entertainment, Tiki Group, Avi Films, The Pool and Grupo Proyecciones, among others. 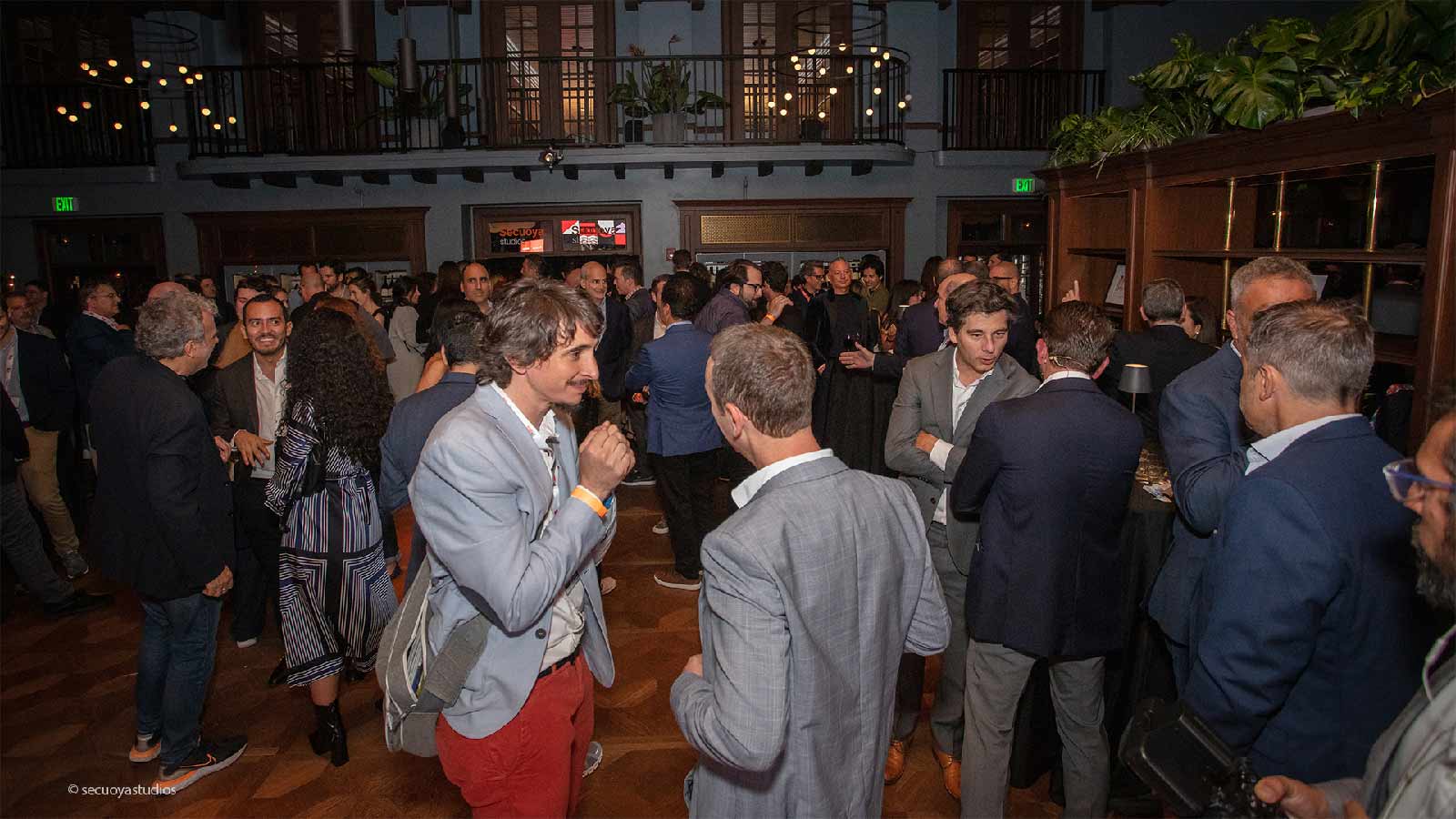 Sergio Pizzolante, President of Commercial & Distribution, heads the international distribution company, which was recently joined by José Luis Gascue, Executive Vice President and Head of Worldwide Distribution. The delegation is completed by a team of sales, packaging and marketing experts.

Secuoya Studios is the keystone of the value strategy of Grupo Secuoya, a leading company in the film and TV industry with more than 500 clients worldwide. Headed by James Costos, the studio is the group’s global premium content production source, based on an integrated 360º operating structure, which includes creation, production, post-production, agents and co-financing mechanisms, technical solutions and partnerships with third parties.