The premiere of ‘Todos lo hacen’ on 28 December is one of the most eagerly awaited of the Christmas period. This comedy-cum-thriller directed by Hugo Martín Cuervo is coming to the big screen on 28 December. A Contracorriente Films and Álamo Producciones Audiovisuales have joined forces to guarantee the film’s success, and not for the first time, as we saw with none other than ‘Con quién viajas’.

Why Shouldn’t You Miss the Premiere of ‘Todos lo hacen’ this Christmas?

Comedy and suspense fans have plenty to celebrate with the release of ‘Todos lo hacen’. There are countless reasons to watch this film, which blends the sobriety of the British ‘cozies’, made popular by the great crime story master Agatha Christie, with clever comedy. Below we list a handful of them. Take note, because you’re not going to want to miss this one.

Entertainment for All Audiences

Scheming, murder and humour for all the family? Absolutely! ‘Todos lo hacen’ plays masterfully with these three aspects. The film opens with what seems an endearing and harmless situation: three couples and a widow receive an invitation to spend a free weekend at the hotel where they got married. Of course, all five are pleased as punch, until they discover the attempted blackmail lurking behind the invitation. And then, as if from nowhere, a dead body turns up.

From that moment on, the director has the viewer eating out of his hand. The solution to this film’s mystery is not served up on a plate, but rather viewers are kept guessing.

And all of this interweaves with the dynamics between the different couples, which may strike a chord with more than one viewer. All in all, the perfect cocktail for entertaining viewing with a perpetual smile on your face and a healthy scattering of howling laughter. 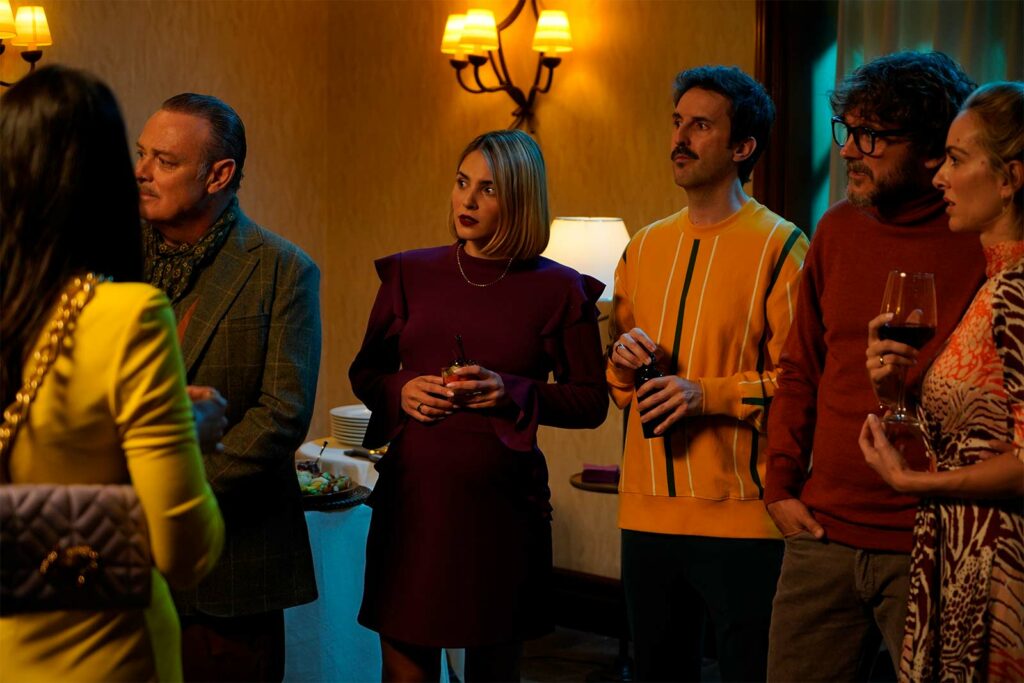 The release of ‘Todos lo hacen’ is a chance for us to once again enjoy some of today’s top talent on the screen.

Mariam Hernández, Carlos Santos, Julian López, Andrea Duro, Toni Acosta and Víctor Palmero join Kira Miró and Salva Reina, but these aren’t the only names that will raise eyebrows. The versatile Pablo Carbonell is outstanding in the role of hotel manager, and the incredible Macarena Gómez plays the widow in a performance reminiscent of Lauren Bacall herself in Murder on the Orient Express. The influence of the great lady of mystery, Agatha Christie, can be felt in more ways than one. 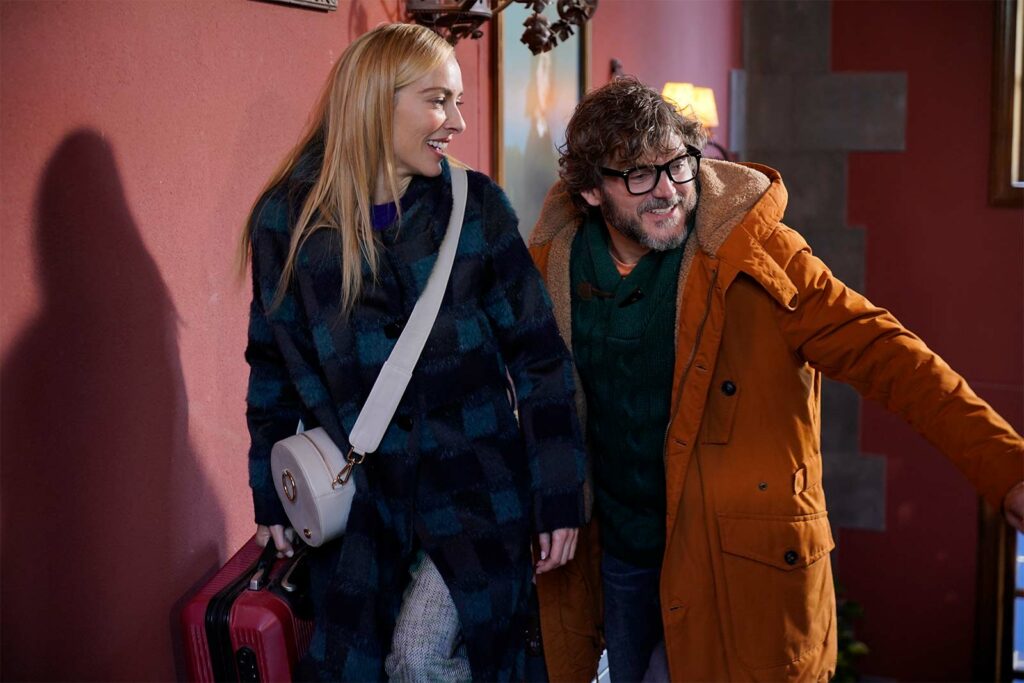 But what happens in front of the cameras is just one of the reasons to join the queue for the release of ‘Todos lo hacen’. Behind them is an outstanding crew without whom the final result would not have been possible.

Among these people are the two screenwriters, Irene Niubó (‘Madres’, ‘Spitfire’) and Marta Sánchez (‘Supernormal’, ‘Supernormal 2’, ‘The Wedding Unplanner’, ‘Allí abajo’, ‘Aida’). And let us not forget the production work of Eduardo Campoy, from Álamo Producciones Audiovisuales, who has already tried and tested the formula on previous occasions with a number of the starring actors in productions by the same studio.

A Director Specialised in the Genre

As for the director, I think we can safely say this is his natural environment, as already proven in ‘Con quién viajas’, a co-production of Álamo Producciones, A Contracorriente Films and Neón Producciones, another comedy-thriller blend. In that film, Martín Cuervo had already worked with Andrea Duro and Salva Reina, who were also in the cast of ‘The Wedding Unplanner’, from Dani de la Orden.

Here, we have another film, only more funny and more refined, which incorporates a small but heartfelt homage to one of the director’s most admired actresses, the recently deceased Verónica Forqué. 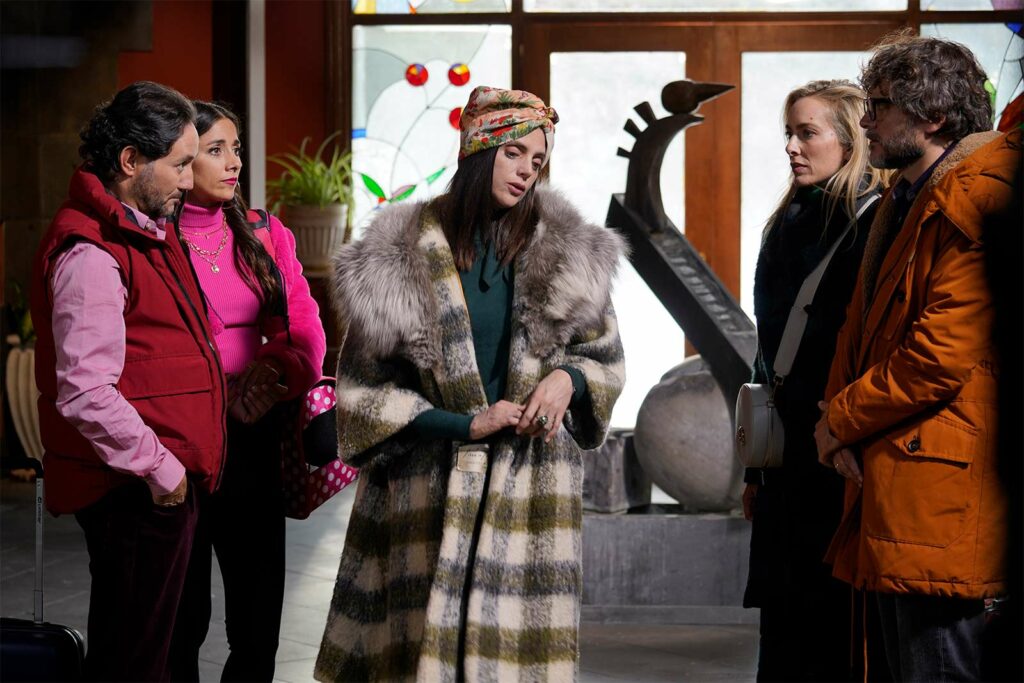 And these are just five of the many reasons why you should go and watch the premiere of ‘Todos lo hacen’, a national comedy, but one with international aspirations. If you want to enjoy yourself, leave the cinema with a sweet taste in your mouth and play at detectives without getting up from your seat, this is your best bet for 28 December. And that is not a joke.