After its world presentation at the Barcelona Film Fest and subsequent screening at the Almería International Film Festival, ‘Todos lo hacen’ comes to Madrid days before its release on the big screen, on 28 December.

On 14 December, the Capitol cinema in Madrid hosted almost the entire lineup for the film. Kira Miró, Andrea Duro, Víctor Palmero, Julián López, Salva Reina, Mariam Hernández and Carlos Santos, together with its director, Hugo Martín Cuervo, were not about to miss out on the screening of their latest feature-length film in the capital’s iconic cinema.

Hugo Martín Cuervo (‘Con quién viajas’) together with Eduardo Campoy, producer from Álamo Producciones Audiovisuales, have made this black comedy, also starring Toni Acosta, Macarena Gómez and Pablo Carbonell, for which mystery, intrigue and humour are the main ingredients. 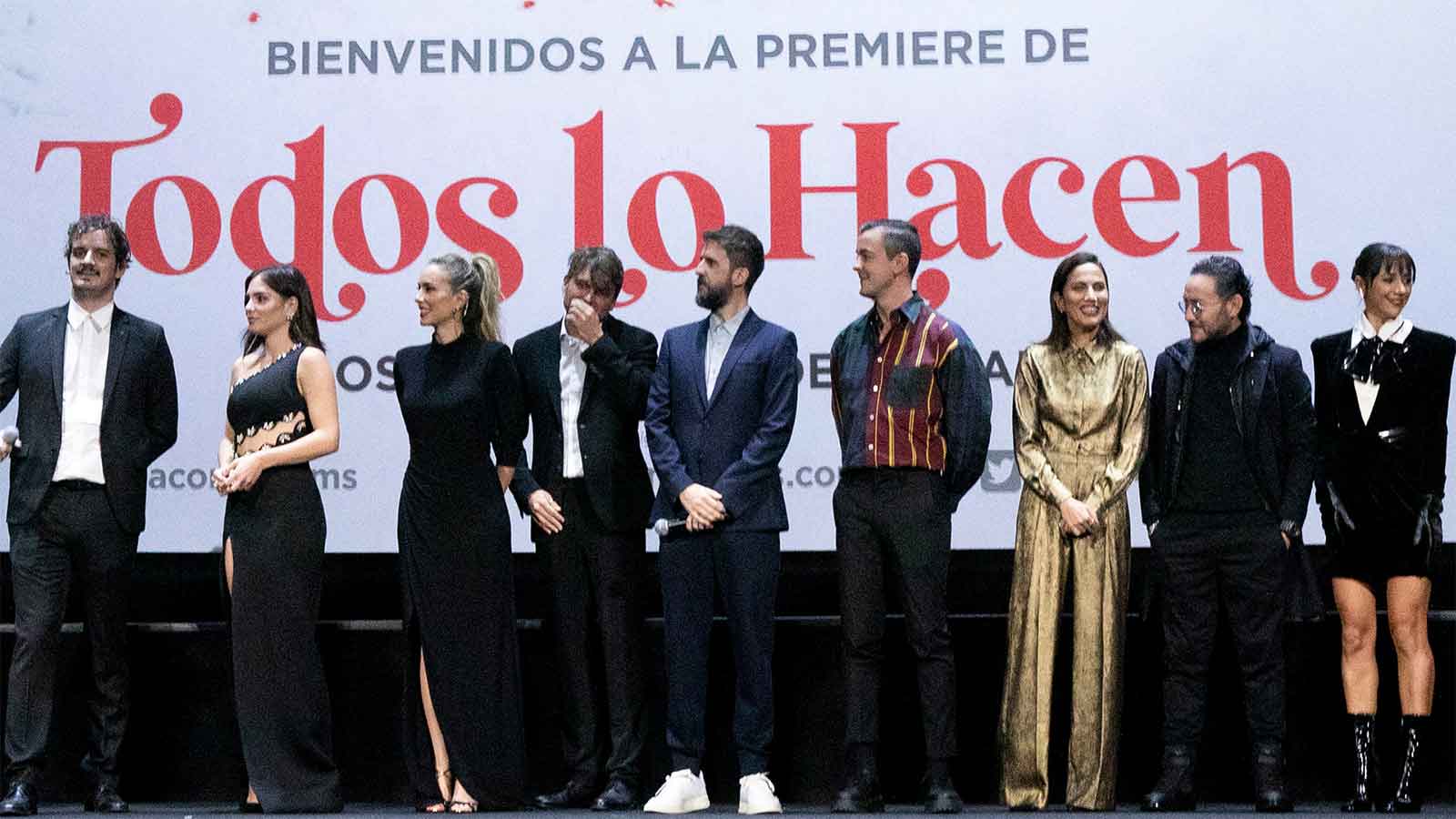 The result of “a meeting between Agatha Christie and Luis García Berlanga”, as Martín Cuervo describes it, in ‘Todos lo hacen’ everyone is a suspect.

Several couples meet in the rural hotel where they got married, called there by the owner to solve a tax problem. What they don’t realize is that their adventure has more to it than meets the eye. The forest ranger finds a body near the hotel and is convinced that the culprit is one of the guests.

Improvisation and time spent together have been important parts throughout the shoot.  “We have given all the actors licence to improvise to help them build their character”, said the director during the film’s presentation at the FICA.

Ten friends gathered together in the same place and accused of murder is the tantalizing premise for this entertaining comedy. Next 28 December, ‘Todos lo hacen’ comes to cinemas to surprise, entertain and intrigue all the family.