Álamo Producciones Audiovisuales, partner to Secuoya Studios, in collaboration with the distributor A Contracorriente Films, have completed shooting ‘Invasion’, an epic drama and sixth film from David Martín-Porras. The Salamancan director has finished filming his second adaptation of a Guillem Clua play, together with Eduardo Campoy, after ‘Skin in Flames’, striking a masterful balance.

“We have managed to create a unique atmosphere that will transport viewers to a surprising universe. The photography of Martin Rosete and art of Eva Landaburu have been key ingredients, but the main course has been the performances”, asserts David Martín-Porras. “The actors have created highly complex characters that will thrill viewers. To do this, we ran intense rehearsal sessions and a lot of prior preparation work. The chemistry created in each of the relationships is hypnotic”, promises the filmmaker.

Shooting began last November on the island of Tenerife and took three weeks of hard work, effort and emotion to complete. “It is a well-crafted script, but a complicated one to transfer to the screen, both because of the genre (science fiction) and the final twist that changes the whole way you see the film”, underlines the director.

David Martin-Porras’ directorial career has brought him awards, nominations and endless professional successes. His work has been selected for over 100 international festivals, has received over 60 awards and a Goya nomination for Best Short Film in 2016 for ‘Inside the Box’. Among his productions are ‘De Ida y vuelta’, ‘La viuda’, ‘The Chain’ and ‘Skin in Flames’, a collaboration with Secuoya Studios. Also just out on Netflix is ‘Smiley’, a series created by Guillem Clua. Porras is one of the founding members of the production company LA PANDA PRODUCTIONS and teaches film direction at UCLA Extension and the New York Film Academy.

‘Invasion’ is Eduardo Campoy’s twelfth production at the helm of Álamo Producciones Audiovisuales, partner to Secuoya Studios in the development of film projects. Among his best known titles are ‘The Best Summer of My Life’, distributed by A Contracorriente Films, ‘Litus’, based on the play by Marta Buchaca or ‘The Wedding Unplanner’, starring Belén Cuesta. He has also produced the series ‘Supernormal’, whose second season comes out on 26 January, ‘Mom or Dad’ and ‘Skin in Flames’. 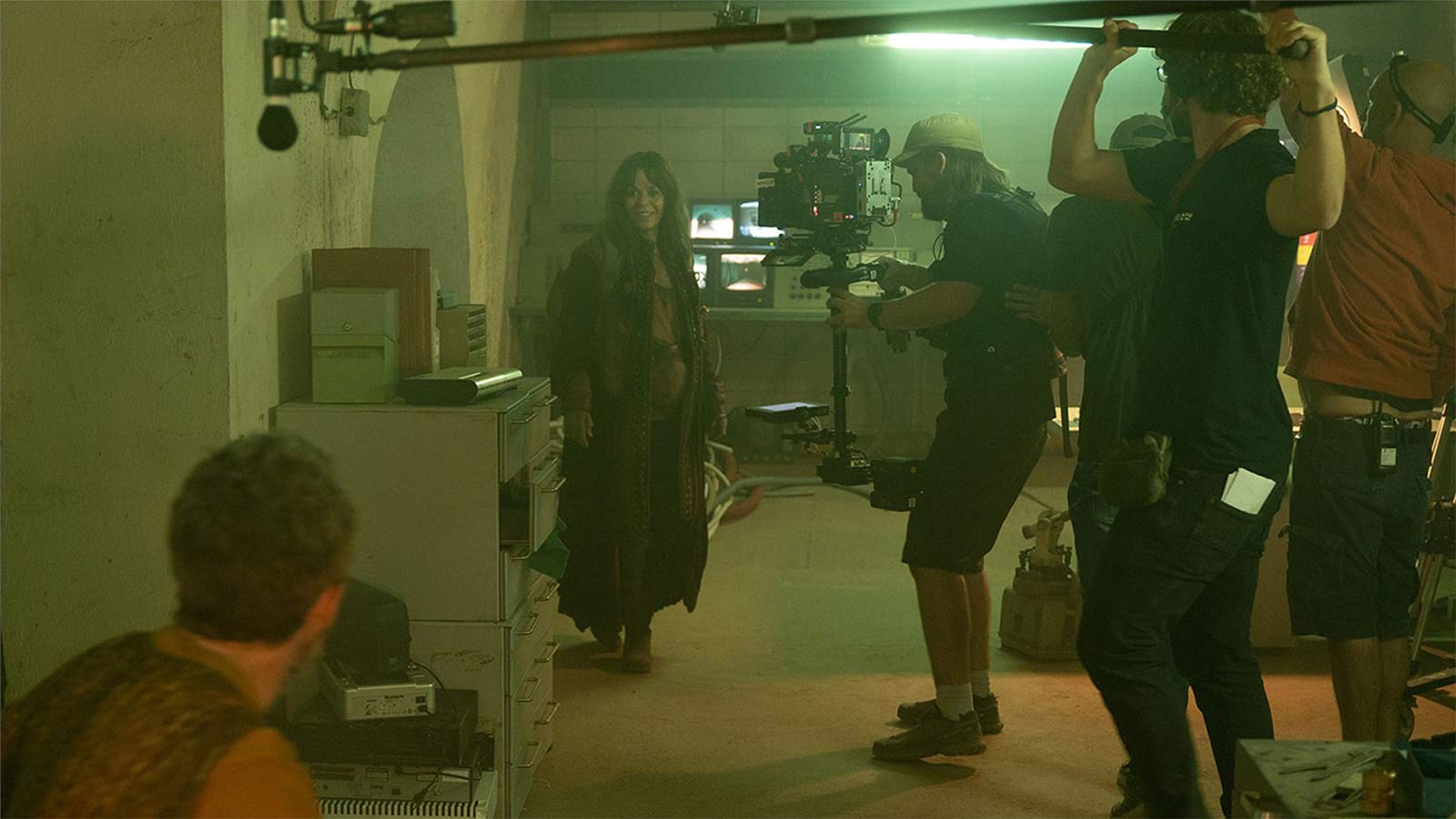 ‘Invasion’ tells the story of an alien invasion of planet Earth, during which two prisoners on opposing sides are shut inside a cell together, three soldiers from the Spanish army are holed up in a factory and two scientists - a husband and wife - and an alien prisoner must learn to trust in the enemy to be able to survive the longest night of their lives.

The film advocates love as the only way out of any conflict, inviting us to see the other as an equal and trust in them enough to show them our weaknesses. Because we can only fall in love when we show ourselves for what we are, leaving behind our masks and armour and laying bare our vulnerability.