Do you know the films of Hugo Martín Cuervo? This director from Madrid with a long career in the world of short films (seven between 2005 and 2011) is the winner of four different film festival awards. However, today we’re going to talk about his two highly personal feature-length films and how both of them bear his stamp: a delicate and effective balance between comedy and suspense. In fact, that is how he defines himself in interviews whenever he’s given the chance.

And how is it that a director can convey his personal stamp, his voice, in just two films? ‘Con quién viajas’ and ‘Todos lo hacen’ reveal the filmmaker’s concerns.

The first of Hugo Martín Cuervo’s films was shot in just ten days, in June 2020. The film was previewed in the official section of the 2021 Malaga Film Festival and made it onto the big screen in September of the same year, to great critical and public acclaim.

The film tells the story of a journey made by four strangers from Madrid to a village in Murcia. It all starts well: the travellers chat, share experiences and even a few personal matters to help break the ice and speed up the journey. The counterpoint is provided by the driver, a dubious character who seems to be hiding something.

The cast of ‘Con quién viajas’ comprises four great Spanish actors and actresses: Salva Reina as Julián, Ana Polvorosa in the role of Ana, Andrea Duro, playing Elisa and Pol as Miguel. A line-up to watch out for in the national film scene.

The combination of humour tinged with surrealism with a tension verging on suspense is undoubtedly a reflection of Martín Cuervo’s personal stamp. The character of the driver, the dark counterpoint to the seemingly natural behaviour of the other characters is our best clue to the director’s modus operandi. And something we also find in his second film. 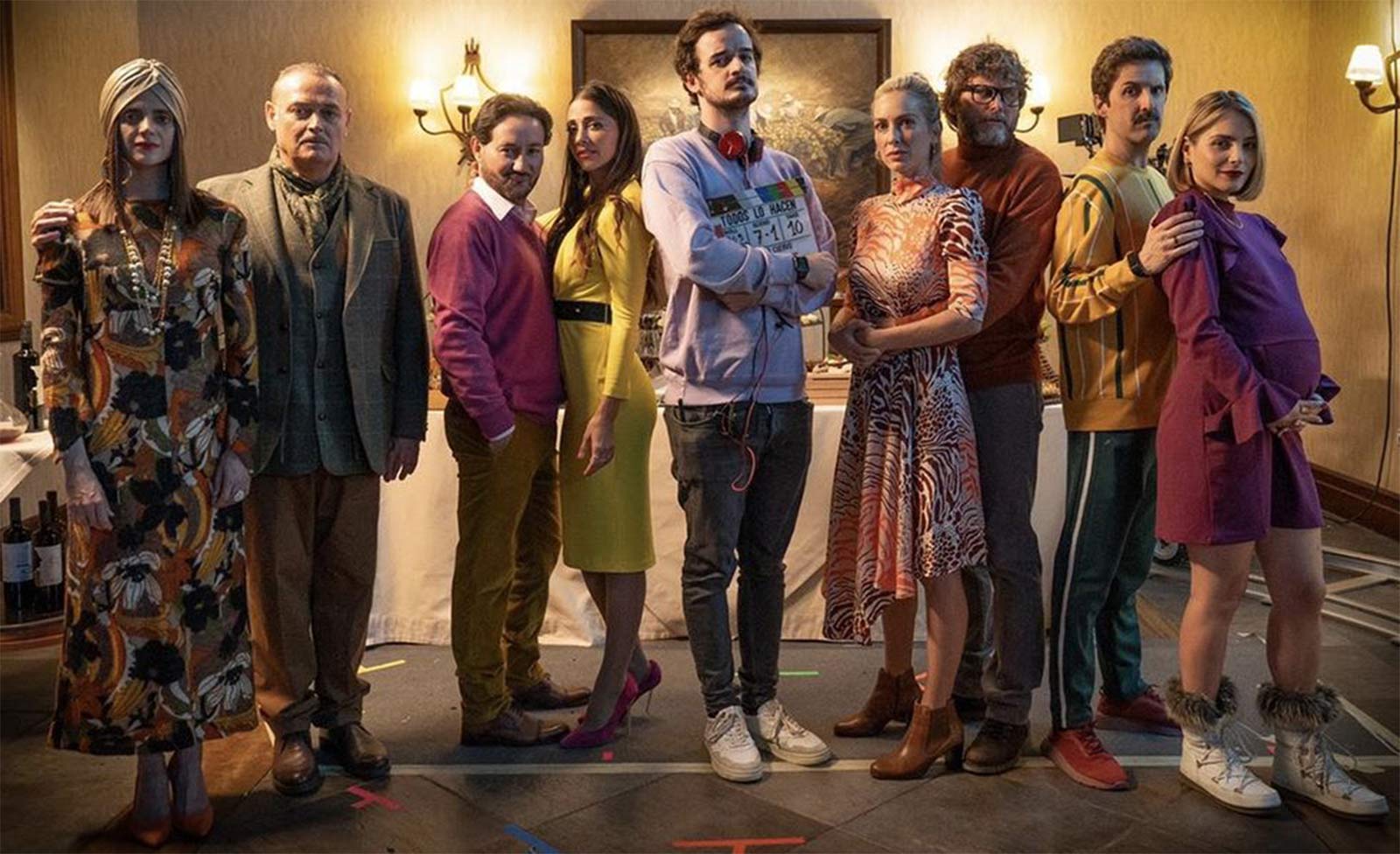 The second of Hugo Martín Cuervo’s films offers clues to the director’s intentions right from the title. ‘Todos lo hacen’ is a film about letting yourself go, hiding in the crowd to break the rules and our quests to avoid the punishment we deserve. All of which are serious themes, which in this feature are addressed maintaining a fine balance between suspense and comedy.

But, what is the story lurking behind those four apparently inoffensive words? In a nod towards some of Agatha Christie’s best known mystery books, three couples and a widow receive an invitation to spend a weekend at the hotel where their respective weddings were held. Everything is going fine until, before they know it, a dead body turns up and the disconcerting truth behind their invitation is laid bare: this is all about blackmail.

The release of ‘Todos lo hacen’ on 28 December 2022 turned out to be a particularly interesting day. It wasn’t for nothing that this was one of the most eagerly awaited films of the Christmas period, which continues to enjoy success, raising laughs and the odd startled gasp.

In the cast of this story, packed with suspense and twists, cameos and surprise appearances, Andrea Duro and Salva Reina follow Martín Cuervo’s guidance. Completing the team are Kira Miró, Mariam Hernández, Carlos Santos, Julian López, Andrea Duro, Toni Acosta and Víctor Palmero. With stellar appearances from an unfailingly peculiar Pablo Carbonell and the one and only Macarena Gómez.

In this second picture, once again Martín Cuervo is clearly in his element, moving between thriller and comedy. He combines clever gags with the language of mystery paying, with all due respect, well-deserved homage to Verónica Forqué.

In short, by giving them his personal stamp, Hugo Martín Cuervo has turned these two delightful comedies into two films of a hybrid genre. Both are perfect for getting audiences laughing out loud while appealing to their intelligence and playing with the tension. This is clearly a film director with a lot to say, and fortunately one with his own personal and unabashed language. Just what the industry needs.